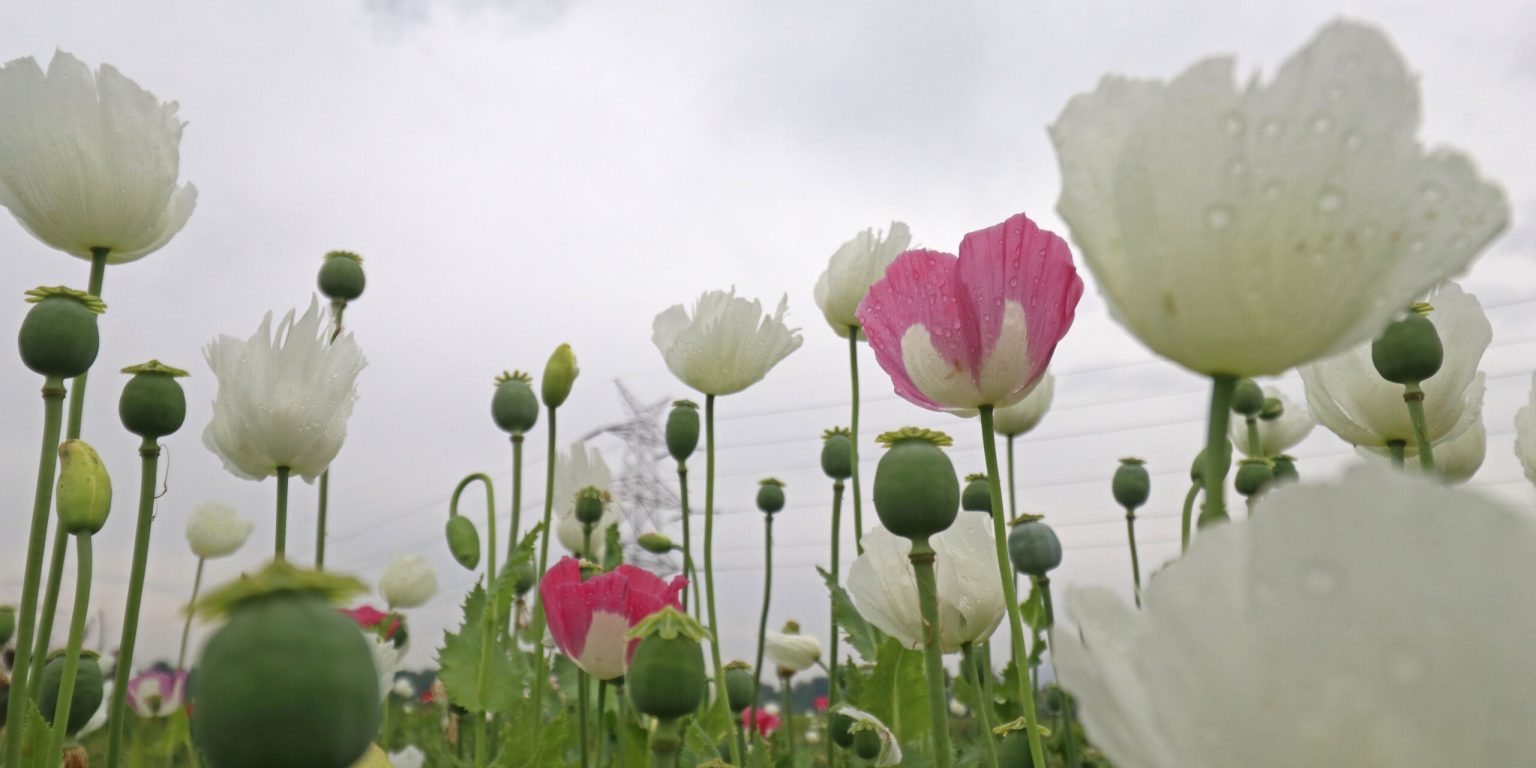 Fifteen-year-old Inayat Ahmad Mir packed a couple of kulchas and the last of the day’s bakherkhani for a buyer. It was a rainy afternoon and about time to close his traditional bakery in the interiors of Srinagar’s Rajbagh area, a whole carton of kulchas remained unsold.

The kulcha—not to be confused with delicacies of the same name outside—in Kashmiris a thick, brittle biscuit-like accompaniment for the nun chai, the salted tea that is integral to the culture of the Himalayan regions. However, there is a catch to this rather innocuous bake.

The round shaped biscuit has a distinct appearance, garnished with a single peanut but an abundance of seeds of the opium poppy plant—the source for opioid drugs like heroin, morphine, and codeine, the use of which falls in a legal grey area: while its cultivation is prohibited, it is integral to the bakery tradition of Kashmir.

However, in recent times, the police in Kashmir has intensified the destruction of poppy cultivation over its alleged role in supplying local drug syndicates. This has led to a shortage of the seed’s availability and an expected rise in its price. “Poppy seeds now cost 1200-1500 rupees a kilogram,” said Mr. Mir, adding that bakers were now substituting poppy seeds with semolina. “It is expensive.”

Kashmiri kulchas come in different sizes and are unthinkable without a topping of the poppy seeds. The smaller ones are sold for five rupees each while the bigger ones are sold for ten rupees per piece. The bigger kulchas are garnished with poppy seeds. However, the seeds garnish other Kashmiri bakery items—such as the bakerkhani, a flat unleavened pastry-like bread—as well.

Kashmir has nearly two dozen kinds of breads and their regional variations, of which poppy seeds are part of the recipe. “We have around 10 to 20 kinds of breads and “[A]bout 90 % of them have poppy seed toppings—some breads are forgotten, some exist in different varieties,” said Haroon Mirani, a journalist and a culture connoisseur, adding that the girda, kulcha, bakerkhani, shirmal, and roath are some of the traditional bakes that are topped with poppy seed.

The poppy seed topping is a shared characteristic with the baking traditions of Central Asia, a region with which Kashmir has historical cultural linkages beyond just bakery. This connection with Central Asia since antiquity is likely to have led poppy seeds to be used in this particular way; the regions exchanged traders and travellers often, “so the culture may have spread,” said Mr. Mirani.

The use of poppy seeds as an ingredient is not uncommon in other cultures but what distinguishes Kashmir for its use is how it appeals to the natives as an indispensable bakery ingredient. Poppy seeds, perhaps, did not suit the Kashmiri palate in general, said Mr. Mirani, “otherwise it would have been part of the wazwaan”. The wazwaan is the traditional Kashmiri cuisine prepared on special occasions.

In India, legal cultivation of opium is permitted only for medicinal purposes and only in selected areas. Cultivation of the crop is prohibited under Central laws—now extended to Jammu and Kashmir in its entirety after the abrogation of the region’s special status—but loopholes still allow for small scale cultivation.

South Kashmir is known for its discreet cultivation of poppy. The poppy seeds are locally grown by farmers on small patches in their backyards, a common sight in the villages. However, the supply to cities is restricted.

Given the deeply rooted cultural significance and use of poppy seeds and the cultivation of this plant in Kashmir, there appears to be a stark contrast between keeping the traditional leaning alive and at the same time, curbing the drug syndicates from profiting from the cultivation. “Earlier, it was a transparent cultivation of poppy for bakers; but then crept in materialism,” explained Mr. Mirani, pointing out that transport brought with it scope of smuggling and “people became greedy–greater cultivation began for purpose beyond local traditional consumption.”

Arshid Ahmed grows poppy on a small scale in the Tral area of south Kashmir’s Pulwama district. According to Mr. Ahmed, poppy seeds could be used legally but its husk must be burnt as it is used as a narcotic. “It is the outer cover that sells for [Rupees] 600-1200 per kg. Those who cultivate poppy illegally don’t care for the seeds, all they want is the cover.”

The outer cover of the seeds undergoes processing before it is converted into a drug. A simpler way of using poppy for its narcotic effect is to “leave the cover in a glass of water overnight and drink the water the next day,” said Mr. Ahmed.

On 31 May, the Awantipora police destroyed more than twenty kanals of poppy cultivation and arrested six persons. However, small clusters of poppy cultivation belonging to growers like Mr. Ahmed are, for now, under the radar of the authorities. “Since we do it on a small scale and for our own consumption, we have not faced any action from police so far,” he told The Kashmir Walla.

When the plant is fully ripe, the seeds are extracted. For some the dried up parts of the plant—colloquially called fukki—is ground after which its consumption has a narcotic effect. “The product is high in demand in Punjab and other parts of India. So it is cultivated here to be sold outside as it is more profitable,” said Mr. Mirani, adding that it is “the law of nature, we can’t control it. Those who grow it will consume it. No one can control it.”

However, given the small scale cultivation in kitchen-gardens for domestic use or to be sold to local bakeries, curbing the drug trade without considerations for the cultural context would eventually mean semolina taking over poppy in the local bakeries. “Culturally, it will be a disaster,” said Mr. Mirani, adding that the use of poppy seeds gave Kashmir’s bakes a peculiar taste and distinct feel that is irreplaceable. “Without poppy seeds, our bakes will be like any other in the world.”