Market Report on Production of Cloves and Price of Cloves in Madagascar , Brazil, Indonesian , Comoros and Sri Lanka 2020 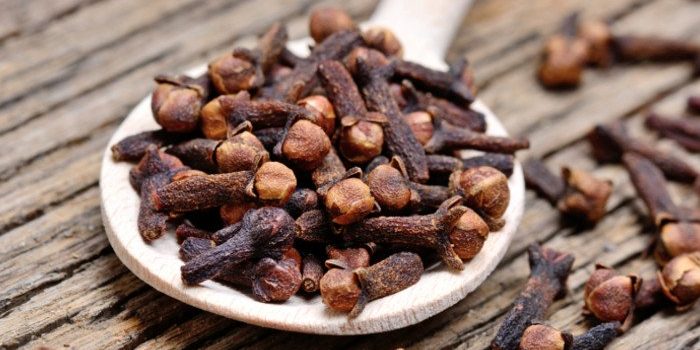 I would like to thank Mr.Gopal Ahuja for organise this excellent meeting on Cloves which was useful and informative indeed.

Mr. Gopal Ahuja’s View,
By end of April there was some demand from large manufacturer and the demand is tapering down, the prices are between 400 to 420 Rs depends on quality and colour for Madagascar origin cloves, which is equivalent to USD 4800 per ton at Origin.

Mr.Parsram agrees as Ramazan progress, he anticipates some down fall in Origin as well as on the news of New Crop and subdued demand Worldwide. He claims at least he would not venture out to take position at this situation and would prefer to wait to see how things are unfolding in the post Covid-19 reopening of the markets as everyone would be cautious in commodities.

Mr.Gopal added that movement of labourers from one state to another state would likely to cause adverse effect on the plantation region and labour oriented industry because once labourers go back to their native village it would not be easy for them to return very soon. While Mr.Abhishek pointed out that there is migration started from Hyderabad to Jharkhand earlier carrying 1200 migrant labourers largely.

Mr. Vidur answered to Mr.Gopal question whether he would be interested to participate in clove market at the moment, he responded firmly that he would not take any position as he foresee that it would take some time for the market to settle and no good future on cloves as he observes a lot of inflow of cargo and low demand.

Mr.Siddharth Tekriwal observation on Indonesian Market.
He pointed out, Indonesian Currency Rates, China Currency politics against U.S. Dollars would be key factor in Indonesian Clove Exports. For example, the Indonesian currency fluctuated from 16500 / 1 $ on 20th March 2020 to 14800 / 1$ on the closing on 30 Apr 202. Today and markets do not know how it would reopen while China with own currency policy against U.S Dollar.

He predicts that this year Cloves crop is quite good at least not less than last year. It is important to watch that how much labour force would be able to work during harvest as Ramazan gets over. Having banned intercity travel may make less available labourers for harvest. It is important to note that Cigarettes companies are not buying heavily now. The farmers are quoting at 65000 Rupiah to 68000 Rupiah, elsewhere for Ex.Surabaya adds 1500 for good quality 70000 Rupiah which in dollar terms about 5000 per ton with some margin to exporters as well. Again, the quality is left over quality from last year crop and is not like Lalpari. New Crop would be available only in the month of July.

Mr. Ganesh stated on Sri Lankan Clove Crop, earlier that there is absolute curfew imposed in Sri Lanka, not easy to move. With permit only be allowed to transport. At the time of Covid-19 issue there were still 25% unplugged Cloves on the plant. It is understood it is way too late now to harvest the cloves. The buds would have been a flower or fruits by now due to the prolonged delay. This would mean 1500 tons of New crop instead of expected 2400 tons of Sri Lankan cloves. The prices quoted for FAQ quality if around 5500 U.S $ per tons, Lal Pari type at 6500 U.S $ that point of time. We must see the prices when market reopens because earlier the currency fluctuation from 195 to 190 against U.S currency.

Mr.Hitesh Nirani has indicated on Dubai markets that in few months’ time Multi-National companies may come in for procuring the cargoes for the next 12 month with long-term contract and they don’t want any complication if another crisis evolve again. He predicts there would be sudden and huge demand for Cloves in 2 to 3 month’s down the line. He also cited that some bold steps to be takes in the bad times, for examples many commodities are at its bottom level, importers should take advantage of low prices regardless of the market condition because the prices are absolutely low.

Mr. Sameer Chaturvedi observed that In North India consumption took a major hit and it is likely to worsen due to prolonged lock down in India. Normally Importer would enquire for cargo in the month of Jun and July for Comoros origin, we would have to wait and watch to asses the economic situation in india. Mr.Sameer also predicts that there will be a definite Cash crunch in the market and there would be less demand during Jun and July New Crop. It is discussed that Brazil quoting around 4300 CFR – 4500 CFR as the importers heard. Reliable market source claims, that are couple of Defaults in Dubai for Brazilians already. Normal prices are around U.S $ 4300 CNF about 1000 to 1500 available. Compared to previous year quality this year quality is better and close to Madagascar quality.
The host Mr. Gopal Ahuja said that in India there is demand of 18000 tons for Cloves every year during Pre-GST days, with Post-GST, Fewer Marriages, Festivals in question and Covid-19 crisis on plate there will be 30% reduction in the consumption which mean 12000 tons would be the expected demand from India while with the Cash crunch the speculators will to thrown out of the market and remain little pessimistic for the season.

Demurrage and Detention Charges waiver dispute discussed in length and explained in details by Mr.Gopal Ahuja, in nut shell, There is no agreement between shipping line, CFS and Government, it’s likely the importers will suffer as they have to pay upfront, many containers are at port lying, advisable not to get the cargo now, some hold the cargo at transit ports, FSSAI is making it worse, if FSSAI clearing then it takes minimum 30 days, no space in CFS whatsoever.

Mr. Soumen on Indonesian market mainly focused on the prevailing Covid-19 situation that the restriction is increased gradually, there is inter city travel banned, only essentials are allowed to operate, there is lot of confusion on the numbers of Covid-19 cases declared by Government and actual number are much more than that, Smaller Islands are more disciplined and self-quarantined, the cases in big cities are increasing rapidly.

Spice markets availability is tight and containers loading is taking time and there is waiting periods are at least 15 days and ships taking different routes.

Mr.Prasram explained without naming and confirmation that in Madagascar the banks have stopped lending finances to the exporters and many containers are uncleared in the Port mainly booked by Mumbai and Delhi based importers, 3 or more exporters funds are blocked and remains unpaid as of now. This would mean next year the exporter would demand for higher deposit before shipment and avoid working directly to India. He guesses that about 10000 tons have been shipped from Madagascar as of now. The quality is not up to the standard now the price level is US$ 5050 CNF level.

Mr.Keshav from Delhi confirmed that he is getting offers from Madagascar for shipment next week , price U.S$ 5100 to 5200 CNF. They offer at 5 kg boxes too, In Delhi mandi, buyers are purchasing and getting deliveries directly from Cold Storage to transport and Transport is working.

There are many other inputs I might have missed.

Last but not the least, Mr. Gopal Ahuja gave interesting explanation about how Covid-19 gets into Human system. From Haemoglobin to Iron deficiency, from Lungs damage to Multi-organ failure, from respiratory arrest to how to recover.

I would like to thank all the inputs and participants. Especially, Mr. Gopal Ahuja. Please do invite me for next Meeting.