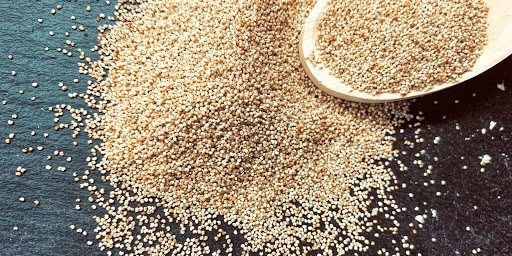 Farmers and grain traders in Madhya Pradesh’s Neemuch say poppy seeds imported from Turkey originated in Taliban-controlled fields in Afghanistan and Pakistan, urging the government to stop the supply that is also driving down prices for Indian farmers.

Poppy seeds, known locally as Posta dana, come from a species of poppy flower that also yields crude opium – the principal ingredient in narcotics like heroin. Poppy cultivation in Afghanistan and Pakistan’s NWFP region are under control of militant groups like the Taliban, who feed the global underground drug trade in an operation that is regarded as the backbone of their finances.

“The government should pay attention to this. Turkey does not produce as much Posta as it is exporting to India. It is actually Posta dana from Afghanistan and Pakistan, and in a way we are funding the terrorists. The import of Posta dana from Turkey should either be stopped or checked,” said President of Krishi Upaj Mandi, Neemuch.

“Illegal opium producers in Afghanistan and Pakistan are least interested in posta dana, which is not as lucrative as opium supply, and give it away at nominal price to middlemen. This is why they are able to sell it so cheap. We have met our local MP Sudhir Gupta and also the finance minister to bring this to their notice, but government is not taking any action. The Delhi high court too did not intervene, saying that India has international obligations due to which they cannot ban import of posta dana,” he said.